The letters in the word, “LISTEN,” also spell out the word, “SILENT.”

Something is happening in our world right now. Actually, a lot of things are happening, and it feels like a boiling pot ready to explode.

After watching the Ford vs. Kavanaugh hearing, and then witnessing the outrage on social media from all sides, I cannot help but feel like a purge is about to happen. Everything going around is racial, political, sexist, and downright hurtful.

I never actually saw the movie, “The Purge,” but the concept of the story has me worried, because it seems very likely that one of these days we’re all just going to snap and go postal on each other.

We aren’t listening anymore – We’re yelling over each other.

We don’t listen to understand, we just want to react and respond.

We’re like the kids living in a shoe with the old lady.

Life is hard, to say the least. We all fight battles each day that the rest of the world knows nothing about. Unfortunately, a lot of people feel the need to have a pissing contest – Who has it harder, who is more traumatized, who had a tougher upbringing, whose experience was more damaging. We often dismiss each other, whether intentional or not, by comparing and offering unsolicited advice.

We also have a selfish habit of having to share our own experience when someone confides in us. When a friend talks about her pain of miscarriage, we immediately share our own story of loss. When a co-worker vents about not getting enough sleep with the newborn, we respond with our own kids keeping us up even later than him. When a family member shares a 20-year secret of an uncle touching her, we cover it with stories of our own trauma. And, while, yes, some do it in order to feel connected, and help the other person feel less lonely, at its core, what we are doing is selfish. We are NOT listening.

Listening would involve being quiet while your friend goes on and on about her struggles through her miscarriage. Listening would allow her all the time she needs to talk about herself and her process. Listening would also include asking her meaningful questions, like, “What can I do to support you through your process? May I bring you some home-cooked dinners to help out? Would it be okay if I took your kids to the park this Saturday so you can have a couple of hours to yourself?”

Listening requires us to put ourselves aside. It is not about you.

When was the last time you truly listened to someone? I mean, zero interruptions, absolutely no advice given, and none of of your own personal stories overshadowing. When have you allowed someone the entire stage?

I can tell you from personal experience, from both being the listener and the talker, it’s a feeling like no other! The simple act of LISTENING has an incredible power to heal. More times than not, what we really need is acknowledgement. Plain and simple.

We just want someone to validate us, believe us, recognize us… And then, to accept us.

Many times, when we are yelling, screaming, and fighting against the world, it is because we have not been heard by a single person.

When we do not listen, we hurt each other.

Right now, we are not listening to each other. We are fighting each other. I just saw long-term friends cut ties in an instant on Facebook over a disagreement about the Ford vs. Kavanaugh hearing. Just like that. Years and years of close friendship tossed into the trash because neither of them were listening to each other. I’ve known other friends who shot and killed each other over a political disagreement. 25 years of friendship, and then suddenly, BAM, dead over one disagreement because neither wanted to listen to the other – Only to prove the other wrong. I’ve seen brothers never speak again after sharing who they voted for President. They didn’t want to listen to each other.

We just need to listen. And then, to be kind.

Before the purge happens, let’s try to listen more.

“In a world where you can be anything, be kind.” 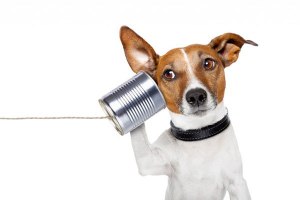